Many artists have questions about how linen fabric differs in comparison to canvas. In this post, I explain the 5 major differences are between linen and canvas.

Canvas and linen differ in texture, strength, durability, and what they’re made from.

I write about these differences in more detail throughout this article. However, for the sake of convenience, I include a comparison table below.

At the end of the post, I also offer some of my thoughts about which is I think is better. And I provide some reasons why you might choose one over the other.

Is Linen the Same as Canvas ?

The the term “canvas” is a general term for any woven fabric, regardless of what it’s made from. However, linen is a special type of canvas that’s made from the fibers of the flax plant while regular canvas is usually made from cotton.

This can be a little confusing, especially since people sometimes refer to painting that was executed on linen as a “canvas.”

Additionally, people use the word canvas as a general term for a painting. For example, “there are many canvases on the walls of my living room.”

What Are the Differences Between Linen Canvas and Cotton Canvas?

While a finished painting done on linen may look very similar to a painting on canvas, there are many differences between them. Below are more in-depth explanations of how they differ from each other.

What Is Canvas Made From?

Most of the canvases that you find in art supply stores are made from cotton.

Since cotton is widely available, it’s what most canvases in the craft stores are made from.

Aside from cotton canvas, there’s linen canvas which is made from the fibers of the flax plant.

Flax is a plant that has many uses. Linseed oil, which is made from the flax plant, is the oil that they use to make oil paint. But the fibre of the flax plant is useful for making fabrics.

The most sought after type of linen is Belgian linen. Belgian linen is a trademarked name for any linen that’s grown and made in Belgium.

The Belgian Flax and Linen Association, have strict guidelines for what can be labeled as Belgian linen. On their website, they say that flax grows well in Europe because of their climate and soil conditions.

What’s the Difference in Texture Between Canvas and Linen?

From a distance, canvas and linen look very similar. However, upon closer inspection they are different.

The texture of cotton canvas is regular and even. It has a machine like weave to it. You can describe it as having a more rigid and even grid pattern.

Linen has an organic pattern to it that is a little more random. The pattern of the texture in linen canvas is more natural and has some variation to it.

Many artists prefer the texture of linen over cotton canvas for this quality alone.

Below are some close up samples of cotton canvas vs linen. The textures are somewhat difficult to describe so the photos should help you to see the difference. 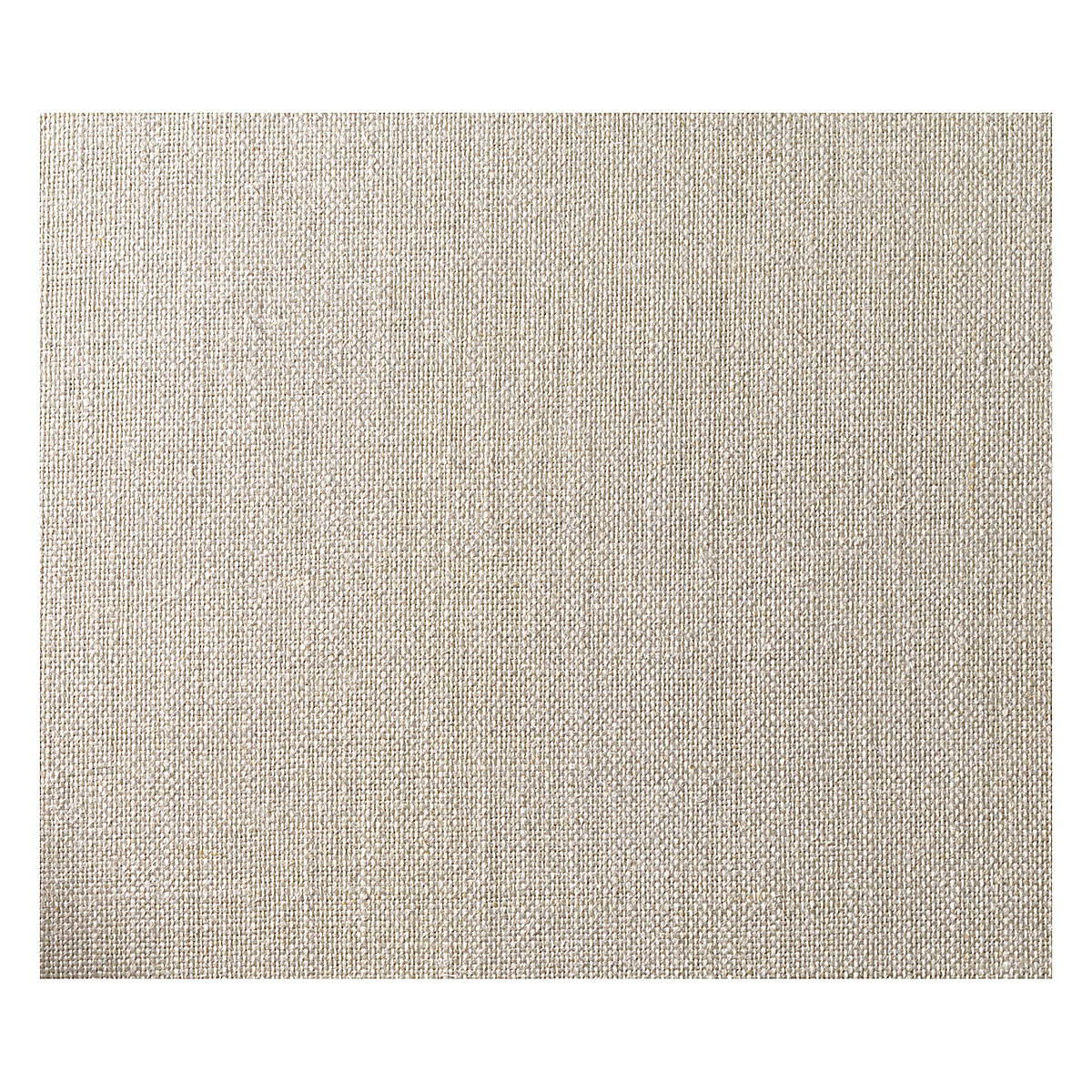 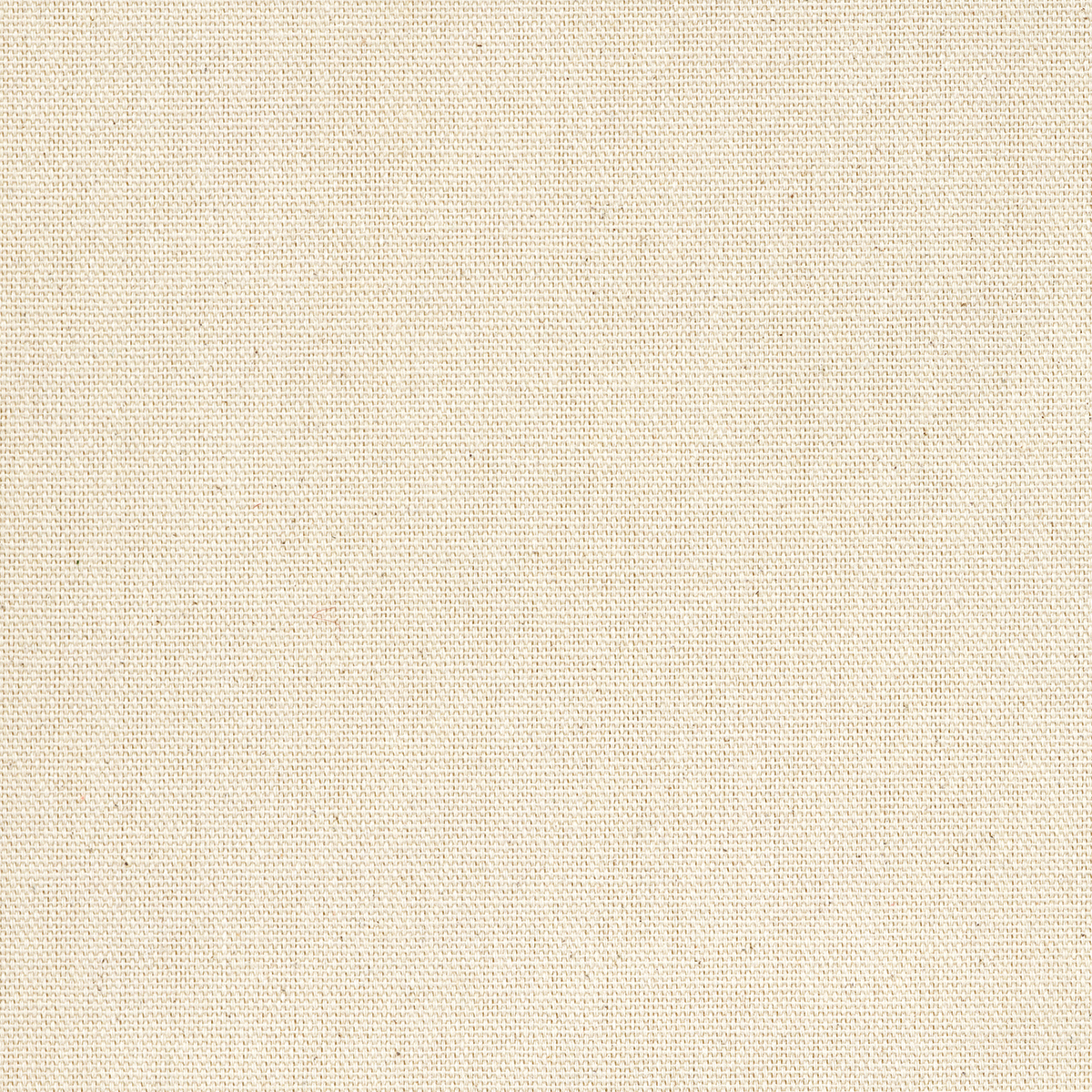 Is Linen Smoother Than Cotton Canvas?

Linen canvas is generally smoother than cotton canvas. It also has a more natural and tighter weave pattern. Linen canvas is available in a variety of textures, the smoothest of which is portrait canvas.

So manufactures of canvas offer “portrait canvases” which have less texture.

Another factor regarding smoothness is how the canvas is prepared. Applying additional coats of gesso will give the canvas a smoother finish.

This is because the gesso fills in some of the texture of the canvas, making it smoother.

One thing to keep in mind is that a little texture helps with getting the paint to stick to the canvas.

The texture of the canvas provides a somewhat surface that gives the paint something to adhere to. Aside from preventing the paint from peeling, the texture also improves coverage while you’re painting.

I don’t know if you ever tried to paint on a really smooth surface, but the paint doesn’t want to stick to it very well. As a result, the paint can look streaky on smooth surfaces such as wood.

A little texture will help pull the paint off your brush as you paint, and improve coverage.

If you find the texture of linen more appealing than cotton canvas then why not just use it exclusively?

That question leads me to my next point, which is the cost of linen.

Why Is Linen Canvas So Expensive?

When you shop for linen canvases you’ll notice that it’s much more expensive than cotton canvas.

Below is a price comparison between cotton and linen canvases of similar weights.

Why is linen so expensive? Flax isn’t grown as widely as cotton so it’s a matter of economics. Growing and harvesting flax is labor intensive and the fiber is difficult to work with. Both of these factors makes linen more expensive than cotton canvas.

I found this video of how flax is made into canvas and it’s a long process.

The rest of the manufacturing process is complex too. Watch the rest of the video to get an idea of the amount of labor it takes to turn the flax plant into a fabric suitable for painting.

For a price comparison, the close up photos of the linen and cotton canvas at the beginning of this post should have the current prices beneath them. They both have the same weight of 7oz and the cotton canvas is a little wider- 72″ instead of 54.

Even though the canvas is wider, it’s much cheaper than the linen.

The price difference is why cotton canvas is more popular among beginners and amateurs.

Is Linen or Canvas More Durable?

Canvas that is made from linen is stronger and more durable than cotton canvas. Linen retains more of the natural oils which makes it last longer. The fibers of the flax plant stretch less than canvas too. This means that the linen canvas won’t expand and contract as much.

Repeated expansion and contraction may eventually lead to cracks forming in the surface of the painting.

According to Fredrix, which is one the largest manufacturers of canvas, linen retains more of its natural oils than canvas. This means that the oils protect the fibers from becoming brittle and reduces the chances of cracking.

They also claim that it’s more suitable for thicker applications of paint.

The consensus among manufactures is that linen is more durable than canvas. This is because of the differences in the fibers of the plants.

What Type of Paint Can You Use on Linen Canvas?

What type of paint that you can use on linen depends upon how it is prepared. Linen that’s primed with acrylic gesso can be used with oils or acrylics. If the linen is primed be oil based primer then you can only use it for oil painting.

The same principle applies to cotton canvas too. The general idea is that you don’t ever want to paint over oils with acrylics. But you can paint oils over acrylics.

Canvas is available either primed or unprimed. Stretched canvas is usually already primed with a couple coats of acrylic gesso. If the surface of the canvas is white, then it’s already primed.

Below is an example of a linen canvas panel that’s primed with acrylic gesso. 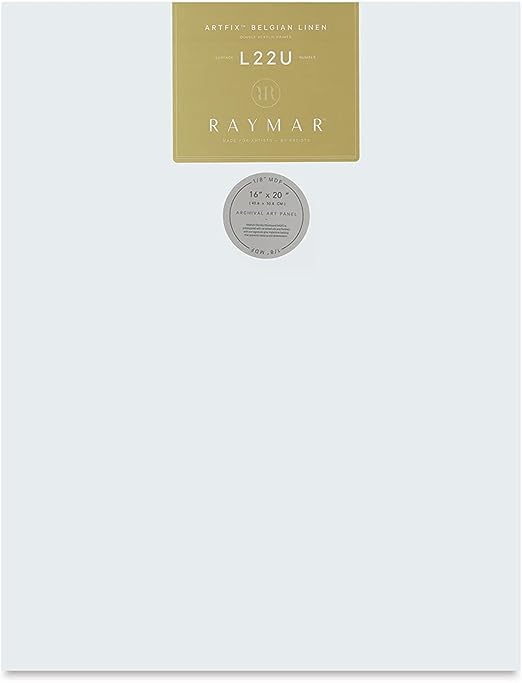 RayMar Artfix Belgian Linen Panel 5'' x 7" Buy Now
We earn a commission if you make a purchase, at no additional cost to you.

The packaging should say if it’s an acrylic or oil based primer. By far, the most common type of primer for painting is acrylic gesso.

You can also apply gesso yourself, here’s my article on How Long It Takes for Gesso to Dry.

Can You Paint on Raw Linen Canvas?

While you can paint directly onto raw canvas of any type, a painting will last longer if you apply a ground to it. Acrylic gesso is such a ground. If you prefer the color of the canvas you can use acrylic matte medium as a clear ground.

In another post, I discuss the advantages and disadvantages of painting on raw canvas.

Raw canvas is canvas that hasn’t been primed, in cause you’re wondering.

Painting on raw canvas is somewhat challenging because the raw fabric is absorbent. I wrote more about this in my article about gesso alternatives.

You can often get a look similar to raw canvas by using a clear primer such as acrylic gloss medium or clear gesso. See my article about gesso alternatives for examples.

Golden recommends applying some sort barrier instead of working directly on the raw linen canvas.

There are many benefits of using linen instead of cotton canvas. However, most artists still use cotton.

That’s mainly due to the cost and how difficult it is to stretch linen.

Linen is harder to stretch than regular cotton canvas because it’s not as elastic. It’s something that you don’t want to try if you don’t have a lot of experience with stretching canvases.

It’s possible to rip the linen if you overstretch it. Considering the price of linen, let’s just say that it’s not fun.

Even if you have experience stretching linen, the extra expense is enough for most artists to stick with regular canvas. This is especially true for students or amateur painters.

The best way to improve at painting is to make a lot of paintings. If your supplies cost a lot of money, you’ll be afraid of wasting canvases and taking risks.

It may make sense to switch to linen when you start selling work on a regular basis. The extra cost may be worth it for the extra durability and the subtle texture. Welcome to Draw and Paint for Fun! I’m Chris Breier and I’m an artist from Buffalo NY. (Breier rhymes with dryer)